Neuro Alchemy: The New Science of Transforming Your

Here is an excellent introduction to the Awakened Mind and its benefits. 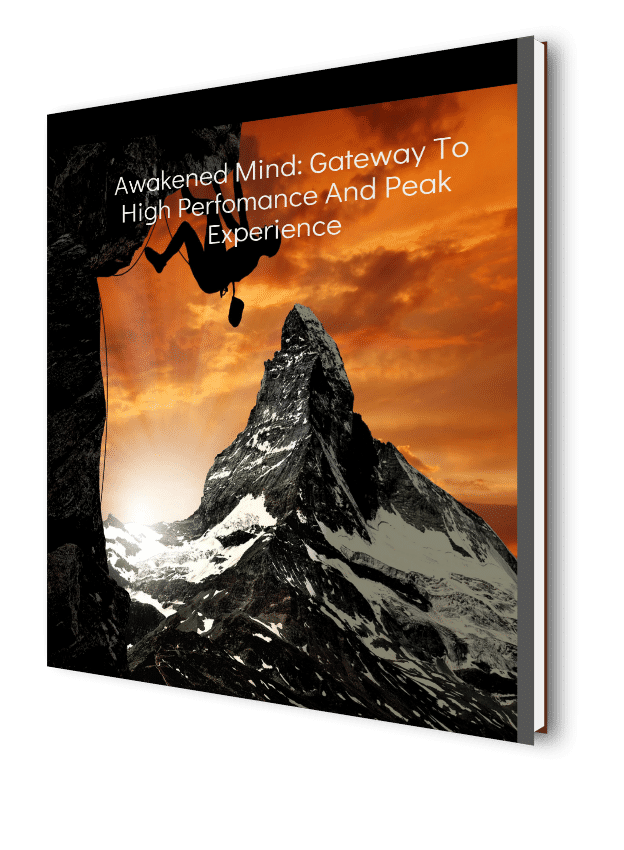 There is no guess work about what brainwave state you are in!

Awakening Your Mind to Neuro Flow

Have you ever wished you could;

This personal brainwave training has been proven to optimize your brain, based on 40 years of brain wave monitoring of over 15,000 people.  Each person gets to be hooked up and coached for personal optimization of their own patterns of EEG brain rhythm readings.

Having a personal sense of how the 5 brainwaves of Gamma, Beta, Alpha, Theta and Delta, in their optimal ratios, can be produced at will has many benefits. You can experience reduced mental chatter, greater love and compassion, freedom from self-critical thoughts, an increased focus on the present moment, increased mental capacity and decision making, more creativity, a deeper sense of connection, and ongoing experience of being in the "Flow". 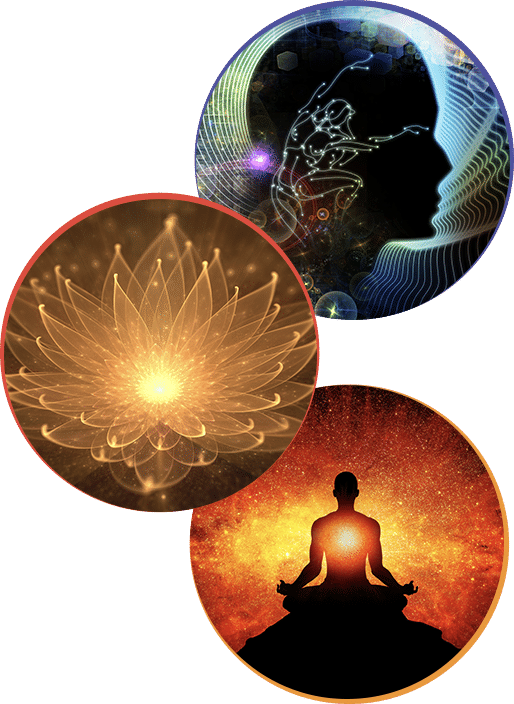 The Awakened Mind brain wave pattern is a unique temporal organization of the brainwaves, gamma, beta, alpha, theta, and delta, which stabilizes and optimizes brain function by:

Think of Awakened Mind brainwave pattern as the natural mind, the way we should be as we grow up. This brainwave pattern was first identified by Max Cade in the late 1970s. Cade was a prominent British government physicist who revolutionized radar and expanded our understanding of light. He also delved into the field of mind research as a master hypnotist, Zen meditation master, and secretary of the British Society for Psychical Research.

In 1976, Cade co-invented the Mind Mirror EEG, a unique, composite spectrum analyzer. The Mind Mirror 1 enabled Cade to explore and map the brainwave patterns of more than four thousand people from the 1970s into the 1990s. Since then his protege, Anna Wise, continued monitoring thousands around the world from all walks of life. In total, more than 15,000 brains mapped in all states of consciousness.

Today we use the Mind Mirror 6, a state of the art biofeedback/neurofeedbak system which monitors brain rhythms in the high gamma range.

The Awakened Mind Pattern on the Mind Mirror 6

EEG-led guided neuromonitoring exercises-- the scientific fast-track to conscious evolution-- will help you gently and ethically gain conscious control of your mind and body to optimize both. Forty years of internationally respected research proves that our award-winning transformative technology, the Vilistus Mind Mirror 6, will help to awaken and expand your mind's awareness while increasing your brain function and growth, memory and intelligence. You will not be instantly enlightened or have all your personal issues solved but most people report results that include at least one or more of the following:

"What sets the Mind Mirror apart from other forms of
electroencephalography(EEG) was the interest, on the part of its developers, not in pathological states (as in the case of medical devices), but in an optimum state called the Awakened Mind. Instead of measuring subjects with problems, the inventor of the Mind Mirror sought the most highly developed and spiritually conscious people he could find. In the flicker of their brainwaves, he and his colleagues found a common pattern, whether the subject was a yogi, a Zen master or a healer." Anna Wise, author "Awakening the Mind" and "The High Performance Mind" 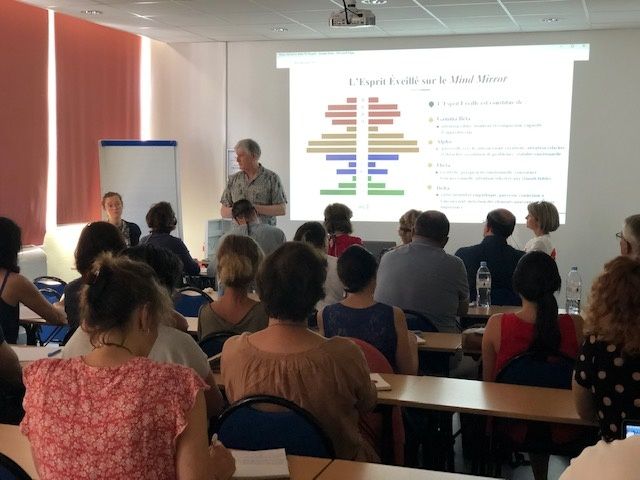 “Standing on the bare ground, my head bathed by the blithe air and uplifted into infinite space, all mean egotism vanishes. I become a transparent eyeball; I am nothing; I see all; the currents of the Universal Being circulate through me; I am part or parcel of God.” Ralph Waldo Emerson 1836.

What Emerson is describing is a peak experience sometimes referred to as flow. Have you ever experienced such a state? Imagine now that you can enter into this state anytime, anywhere. The bases of this state, the ground of this state, is what we call the Awakened Mind.

The awakened mind is a unique brainwave pattern and with this training you will learn how to enter this state almost at will. This brainwave state empowers you to be more productive, positive, emotionally balanced, and spiritually aware. You will be able to better handle the stress and strain of modern daily life. 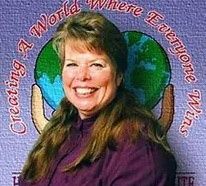 Gary is an experienced, engaging teacher of the “Peak” brain wave and heart coherence states necessary for manifestation of - The “Awakened Mind” pattern. He & his wife, Donna, teach people to achieve practical experiences in stabilizing their brainwave patterns, integrating both hemispheres of their brains, & balancing the energy flows of their bodies, all while harnessing the most creative potential of the subconscious powers of mind and body. The experience took me to an unprecedented sense of peace! I could have easily chosen all of the Top Attributes for him. I highly recommend his work.

"The knowledge and experiences I gained in learning about brainwaves and the awakened mind from Donna Bach and Gary Groesbeck has been hugely valuable in helping me understand how better to use my main therapeutic tool of EFT Emotional Freedom Techniques. The mind mirror shows us what we mean by the terms we bandy about like 'conscious mind' or 'subconscious' and 'unconscious mind'. This is profound and scientific exploration of what we mean by mental, emotional and spiritual."

"The basic and advanced Awakened Mind workshops by Donna Bach and Gary Groesbeck are very special. They give you insights in how your brain works and tools to train your brain in meditative states that really help you as a therapist and coach. With their professional and inspirational guidance, you'll experience truly wonderful meditations that are surprisingly easy to do. A must if you want to develop your skills in helping other people"

"Donna and Gary, my heartfelt "thank you!“ for this great workshop. You ran it small in size but great in the results. For only 11 participants and two days you led a workshop filled with insights, scientifically careful measurements, beautiful meditations and our lunch breaks with pizza and Labskaus. I can‘t wait to repeat it. Next time there‘ll be many more people as all of us are enthusiastic and will bring some friends." 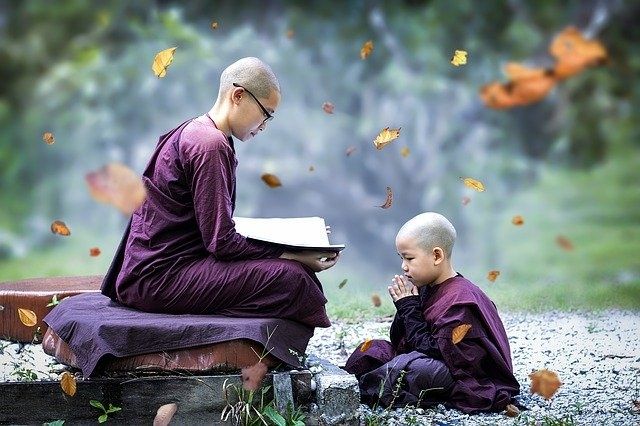 Nine types of meditation. Broadly speaking, meditation practices entail the monitoring and regulation of attention and emotion. Attention can be either guided to external sensory stimulation or focused internally to the functions of the mind ...
Read More

We have had many questions from energy healers about how healing might relate to brain waves. ...so here goes. This is a bit speculative but it is in accord with current...
Read More

About Donna Bach,  is a Traditional Naturopathic Practitioner who comes from a family tradition of five generations... Read More

About  Gary Groesbeck, BA, BCIA is a certified fellow by the Biofeedback Certification International Association, the most highly respected biofeedback certification organization in the... Read More